From Memory Wave Transmission blog. Thanks to Ryne for the review!

Dust Cult and Horrible Mess play brands of harsh noise that might fall more into the wall category. This split finds them offering up two ten minute tracks of relatively linear noise, punctuated by the static sounds that they create or the oscillating textures and interplay within the tracks.

On Side A is Dust Cult with “Catrame”, which translates to tar. It starts out with a percussion-driven rhythm before morphing into a rollicking, fluttering electronics sound that sounds as muddy as its namesake. Occasionally there are spikes of noise, all falling back into the dirty pitch that they originate from. However, for whatever reason the rather low tone doesn’t do a whole lot for me – perhaps it’s the depth of sound, which somewhat cancels out the more static elements and makes them sound somewhat muddled. However, the variations in tone are quite nice, especially the changes from high to low pitch and the whirrs that occur somewhat haphazardly.

Side B features a thick, perfunctory wall by Horrible Mess titled “Wormfood”. It’s a basic representation of a wall, meaning that it’s generally unbroken by extra unnecessary noises but it’s also nothing entirely new. The things that do stand out, however accidental it may be, are the vocal samples that can be heard muffled under layers of static. It almost sounds like people having a conversation, and it’s mesmerizing to listen in to try to hear what they are saying.

I can’t help but wish for a little more from both of these artists, but it’s still a good showing from both. They establish harsh noise well, and there are sufficient enough changes to keep the ear entertained. Catrame/Wormfood is good, but hopefully subsequent listens of different releases from both will yield more differentiation.
Pubblicato da Fibro a 22:46 1 Dust grains

Out now on Bizarre Fetus Organization:

You can listen a preview of my side here:
Pubblicato da Fibro a 18:30 0 Dust grains

From Dead Formats blog. Again, thanks Demian, Steve & all the people involved. Can't wait to get my copy!

V/A
Life's Been Swell… Now I Want to Die
Strabismus Tapes
(4)
This is upsetting. Strabismus Tapes is closing up shop. I know there are a million new tape labels popping up every day but this one felt special. There was a singular vision to the aesthetics and music released from this label. You felt like the captain was fully in control at all times. I didn't always agree with every choice but i always respected them. It's fitting that the final release from this label is a doozy. A tribute to Dystopia, a band I hadn't thought about for awhile now. I have most of those records and I used to listen to the fuck out of them but I think enough distance has built between me and that band that this was a huge surprise to me that I actually remembered and recognized some riffs/samples. At least I think I do. This is noise bands "covering" dystopia. It's harsh, dirty and totally awesome. The bands or acts that are on this comp are:
Rab’ha
Dust Cult
Clive Henry
Regosphere
RSP
The Raytownian(s)
North Oakland FTW
Some of them I am familiar with and others were brand new to me but all did a fantastic job of illustrating the rawness and brutality of Dystopia. This is a fantastic. It's just a little bittersweet.


UPDATE: Steve from Strabismus Tapes is actually not closing up shop. He is just going on an extended walkabout or something. The label may be gone for awhile but it will be back and there will be vinyl as well and many more cassettes in our future...
Pubblicato da Fibro a 23:01 0 Dust grains

Dust Cult/Horrible Mess
Urine Soaked Rag
(3)
I am glad I got to hear Dust Cult lately. In the world of noise and HNW they are doing some good work. This cassette is no exception. I have been saying releases are "totally solid" a lot lately and I need to get away from that turn of phrase but it works here as well. Although I feel like I want to hear more because I am not quite getting a unique "voice" from this but I really do like it. Horrible Mess is an awesome name for a noise act. It's really not much of a horrible mess aurally though. It's also quite good but it's pretty straight forward noise edging towards HNW. I would like to hear a bit more of what this person or people are up to. This cassette is well worth picking up and packed with potential. Limited to 20 copies and probably almost gone.
Pubblicato da Fibro a 00:00 0 Dust grains

Out Now A Tribute To Dystopia comp tape!!!! On sale now, limited to 25 copies, only 10 available through the label.
This is Strabismus' last release for an indefinite time.

Well, my track is a wild remake of the original. Haven't heard the others but I'm pretty sure it's pretty far from the original track. I only played the main riff over and over on my Yamaha CS-01 synth accompained by other various noises, screeches and devices.

Thanks Steve for putting this out & to all the other folks involved, as always! I'll only get one spare copy of it, so you better get it off the label!
SOLD OUT FROM THE LABEL

BUY IT OFF STRABISMUS TAPES!

Demian from Dead Accents runs a blog called Dead Formats where he reviews a lot of cool things. I sent him some stuff to review, enjoy! Thanks Demian!

Twenty two noise acts doing what they do best on a cassette tape wrapped in cat pictures. I imagine this would be a noise loving Redditor's dream cassette. Cats and noise. Together at last. It's all pretty good. Most of the tracks seem to be named in a way that emphasizes cats as well. Here is the list of bands and their song titles (mainly because it is funny): Bobby Mason "Cat #1", Der Domestizierte Mensch "Catnip is my Drug", OSA "Cat Food Colosseum", Ikodora '65 "Tadasana", Problem Anderer Leute "Schmusekatze", Elle "Gattorumore", Raven "Tomorrow Brings Sadness", Collapse Arc "Black Cat Loops", Dust Cult "Tepepa", Sirotek " Tsarapka", Agrippa "You Weren't Beer", Christian von Sponheim "The Insatiable Lioness", Samplechined "Mimsy F.", Rank Moist Vegetation "Hypochondria", Inappropriate King Live "Criterion Carry-On", .nyctalops. "Firs", Emiel ten Brink "Vivian", Nxfxtxex "Crepiscular Boredom", Loopool "Cat Brain", COJAA "Murder Dream", The Smudge "Cat Memo (Take One)" and Booby Mason again with "Cat #2". So they aren't all funny but very few are real words. My spell check loves that list. Anyhow, It's a pretty nice sampling of contemporary noise acts. Most are good, some are so so but this is totally worth listening to. The packaging, although covered in cat pictures, is a pretty light on the effort, but it fits nicely in it's bag and god knows anyone that had to type all those crazy band names deserves a little slack. Oh an since you are wondering it, yes, some people use actual meows throughout their tracks. That's "people" as is plural. More than one.

This is very strange. It's strange and I am kinda digging it to be honest. XlousmouX starts off with 25 fucking tracks but a handful of these make it above 30 seconds. Most of it is super bass heavy grind and grind/noise. There are more that a few 5 second tracks as well. It's like some crazy noise version of GO! if any of you remember them. There is a adorable naivete with XlousmouX that is totally endearing even though they are probably singing about nun cunts or something. Oh yeah… slap bass makes a short and ironic appearance. Good luck. Dust Cult has quite a few releases out but this is my first experience with them. Their tracks start out with some strange blues sample that is being altered and manipulated. I know I am usually against samples (as my last few reviews have stated) but this one really creates an interesting feel. It's almost a palate cleanser from the XlousmouX. Right after the sample you get some very thin but fascinating HNW. It almost sounds like you are hearing noise from a small television speaker. It has this alien mechanical vibe that is totally winning me over. Nice work. The layout is pretty DIY. Cut up photos and some poorly done computer graphics. It's not bad but pretty underwhelming. Limited to 30 copies. Worth a listen for sure. Check out the Dust Cult link to the side. I think they have downloads available of most if not all of their catalog.
Pubblicato da Fibro a 16:11 0 Dust grains

My track uses a sample off Birdflesh's "Victims of the cat". It's dedicated to my beloved cat Tepepa, who disappeared this summer. May he rest in peace.

A Compilation of Databending Sounds 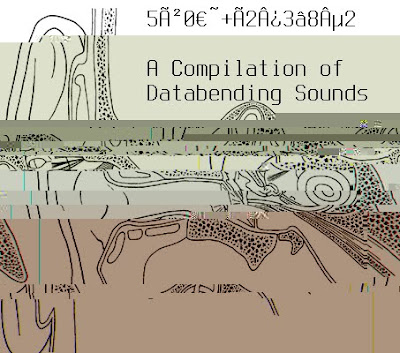 Finally out after a long and worthy wait:

My track, "If you bend me I don't breakcore", was created using 2 .psd and 1 .doc and some other files I don't remember as a source.

Thanks to everyone involved and especially to mr. Butter for putting this out!
Enjoy the noize! 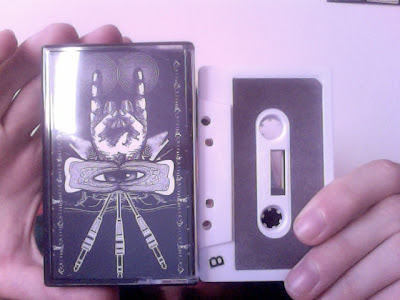 Christmas is coming, so, after two months of wait, Italian postal service made me a xmas gift and finally delivered me my copies of the split tape with Horrible Mess. Contact me if you want one!
Pubblicato da Fibro a 12:11 1 Dust grains

Sirona records just released Napalm Death You Suffer tribute compilation.
Grindcore/Noisecore/Noise/Glitch/Drone/Ambient/Acoustic/Experimental versions of Napalm Death's song from 100 bands from all over the globe for over 2 hours of sounds!
Thanks to Sirona, Bedawang for the organization and everyone involved.
Download the compilation.
Pubblicato da Fibro a 15:19 0 Dust grains

I decided to make all my albums (compilations excluded) availible for free download at my new bandcamp page. Check it out.

Also I uploaded a new track on soundcloud, this time it's some sample fun with ppooll.
Presenze by Dust Cult
Pubblicato da Fibro a 14:27 0 Dust grains 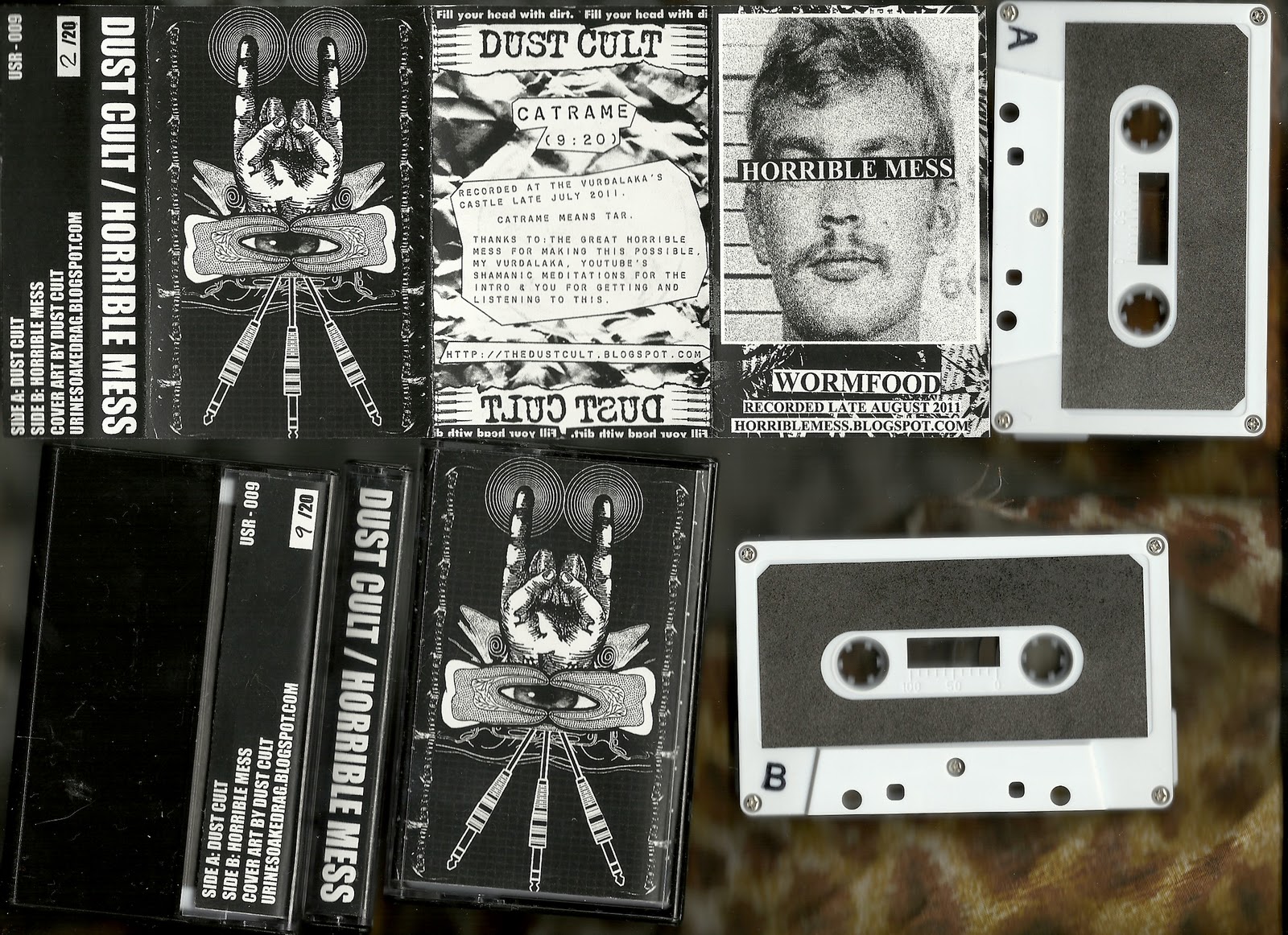 Victims of a noise raid